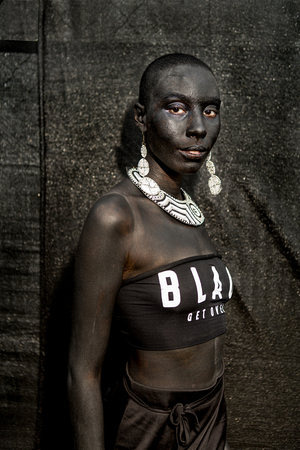 Gretchen Robinette photographyGretchen Robinette photographyGRETCHEN ROBINETTE
Photographer, NYC
Gretchen Robinette is a Brooklyn-based photojournalist and portrait photographer extensively documenting live music, social issues, and cultural scenes. During prior formal training in Photojournalism in San Francisco, her focus turned to capturing the live music and underground subcultures of the Bay Area, before continuing on to New York City's scenes a decade ago.
While shooting musicians on stages and festivals for editorial and commercial assignments, she also turns her camera to the atmosphere off stage - its youthful energy, love and debauchery, and its environment of collaborative creativity.
Starting in 2015, she began 'People of Afropunk', a series of posed portraits taken at the annual Brooklyn Afropunk Fest- a cultural movement celebrating the creativity and freedom of spirit in alternative Black culture. Captured on the sidelines of the packed festival crowds that surround the performers on stage, 'People of Afropunk' portraits give an intimate look at the individual fans, highlighting their unique beauty and confident self-expression.
Returning yearly to the same festivals, Gretchen's work captures the evolution of the current music scene and youth culture in New York City, through the lens of both observer and music fan.
Gretchen's clients include The New York Times, Gothamist, High Times Magazine, Brooklyn Vegan, The Village Voice, Rolling Stone, The Wall Street Journal, and more. She is represented for photographic syndication by Redux Pictures.