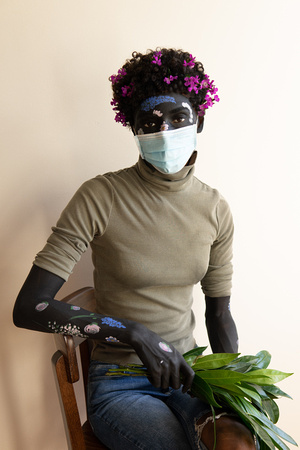 Diaja
Diaja - NYC, USADiaja
NYC, USA
Constantly driven by the arts Ceres (Diaja) pursued her passion at the Fashion Institute of Technology, where she began her studies to prepare for the fashion Industry. In addition to fashion Ceres had an equal love for photography, so she took a course to sharpen her natural skills and educate herself on various photographic techniques. During her education she was inspired and nurtured by mentor Norma Kamali, (F.I.T graduate, and designer featured on the Fashion Walk of Fame​). Ceres later graduated with an Associates degree in Patternmaking, and received her Bachelors in Production Management. With valuable information learned, and hands on experience from internships at Sean John, Norma Kamali, and Poppington Gallery with her cousin Damon Dash, Ceres was equipped with the necessary tools to be a an entrepreneur in the arts. With the help, encouragement, and support from her parents, (whom are both entrepreneurs), they made her dream a reality by co-founding DIAJA, (pronounced Dee-A-Jah), a line featuring quality handbags, and fine apparel. Ceres went on to produce numerous collections which opened doors for her designs to be featured with L'oreal Paris, Pynk Magazine, Lucky Magazine, Her Source (sister magazine to The Source Magazine), and worn by celebrity TV personalities. Years later in the midst of revamping her brand, Ceres decided to fully dedicate herself to photography while maintaining her previous collections strictly for press pulls. She decided to merge her love for fashion, art (painting), and photography to create a brand that would be impossible to ignore. Within 2 years of revamping her work was recognized by Vogue Italia, Huffington Post, and numerous Fashion publications. She was also scouted by an organization called RAW Artists where she was their highlighted artist for their NYC show in 2017. This was her first showcase as a photographer. Ceres' photography is known for storytelling through photographic series. These series' are often inspired by current events, Black and African culture, and social disparities.Her goal as an artist is to impact others, give back to her community, and give a voice and presence to those unheard, and overlooked. She prides herself in not only creative photos appealing to the eyes of her audience, but thought provoking photos that may not be as comfortable to view. Ceres' desire is that her photographic bodies of work will be remembered and noted among other great artists of all time. ​ "He can who thinks he can, and he can't who thinks he can't. This is an inexorable law." - Pablo Picasso ​ Note: All images produced by Ceres (Diaja) Henry are not to be downloaded, reproduced, copied, stored, manipulated, projected, used or altered in any way (alone or with other material), this included but not limited to computer or other electronic means without the express written permission of Ceres (Diaja) Henry. ​